This is multi part article. Please refer the Part 1 Article before you begin this article so that you will not get confused to understand and follow further. 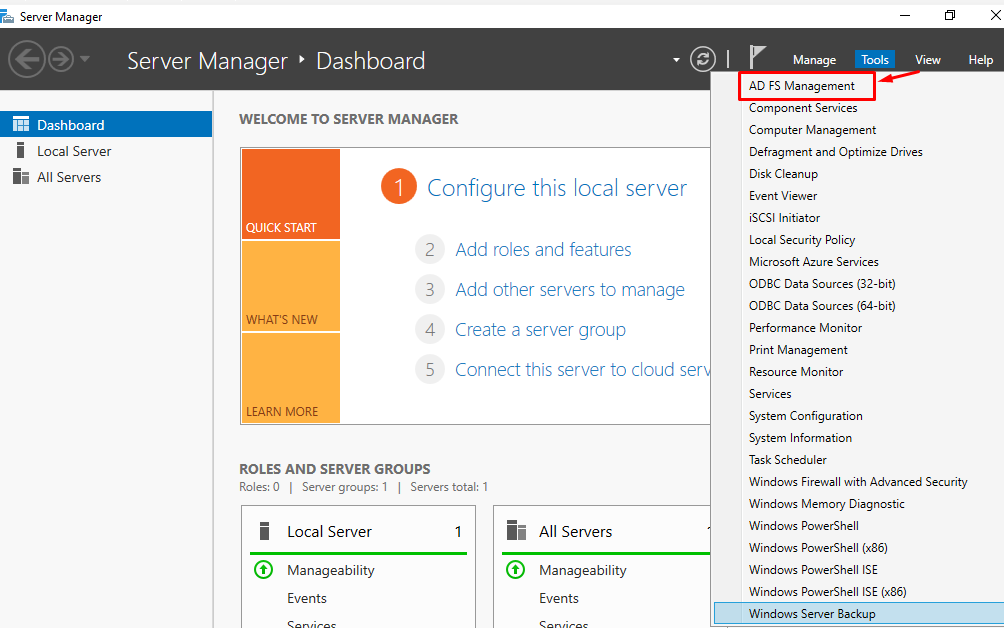 But if you see, AD FS on Server 2016 is not showing anything here. Why??. Reason is the behavior of the farm is Server 2012 and only the Server 2012 ADFS nodes can manage the farm. 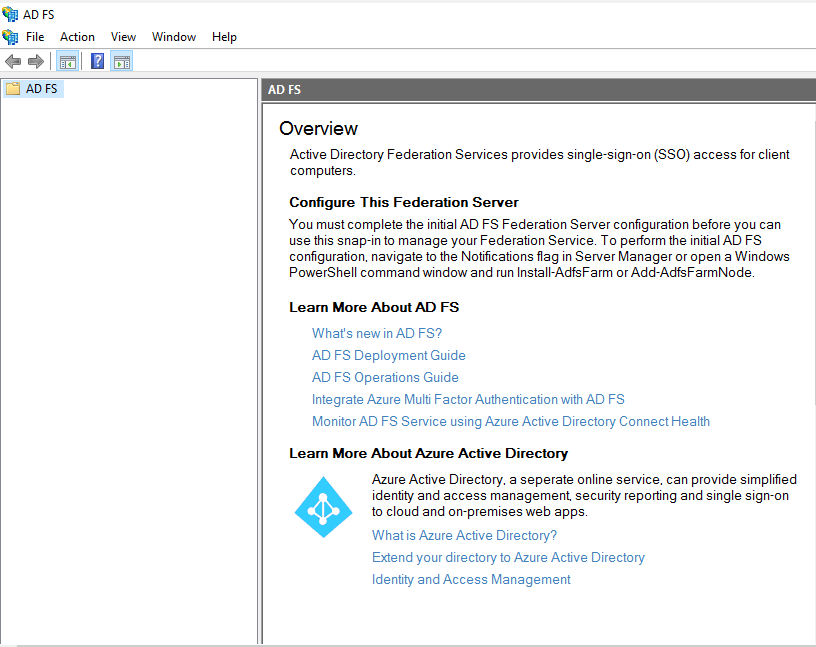 If you run the command Get-AdfsSyncProperties  in the server 2016, You can that PrimaryComputerName is ADFS.Windowstechpro.com which is Server 2012 ADFS Server and the Server 2016 Role is SecodaryComputer. Hence it will act as a simple ADFS Server and can take connections and respond. wherein it cannot give any Server 2016 features.

If you run the same Get-AdfsSyncProperties in the Server 2012, You will see that Role is Primarycomputer.

Run the below command on Server 2012 R2 Node

Once moved the primary to Server 2016, if you open ADFS management in server 2012, you will get the below message.

And the meantime, in server 2016, you can now able to open AD FS Management console and it is loaded completely 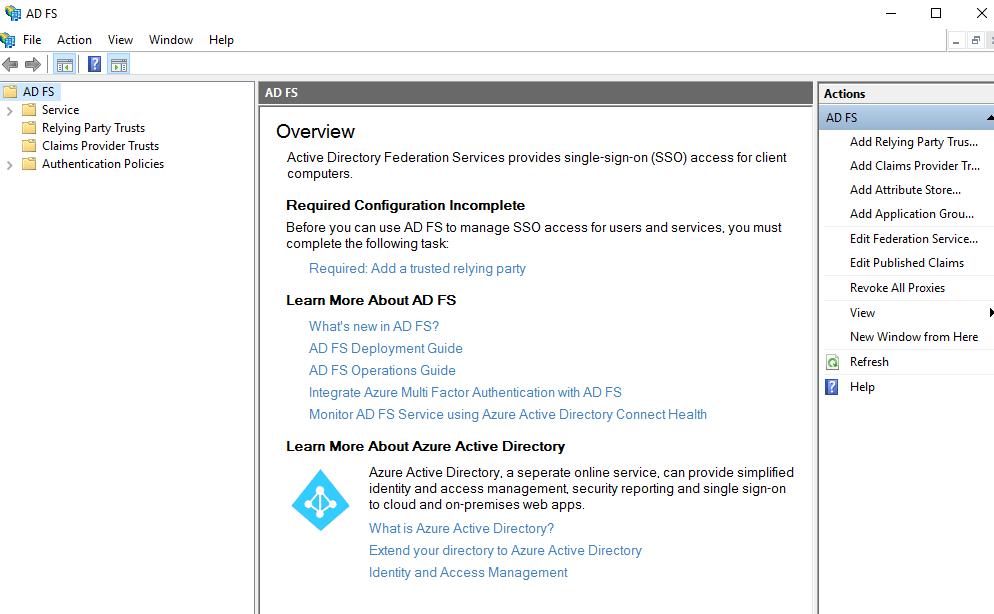 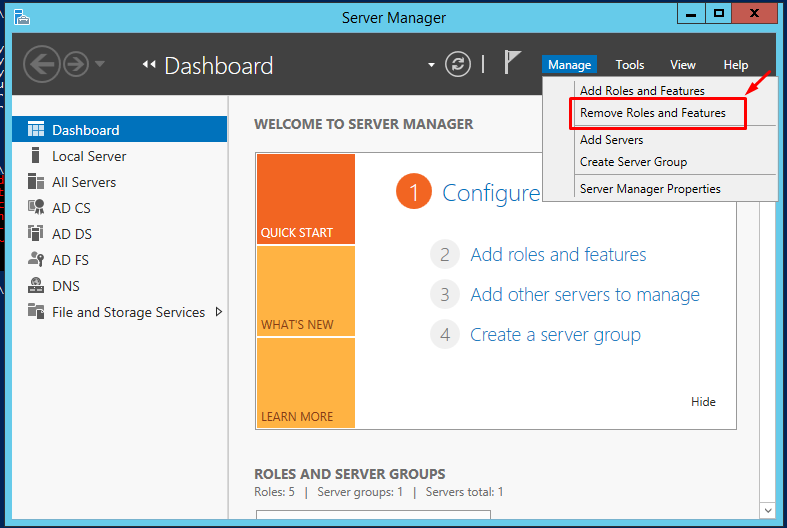 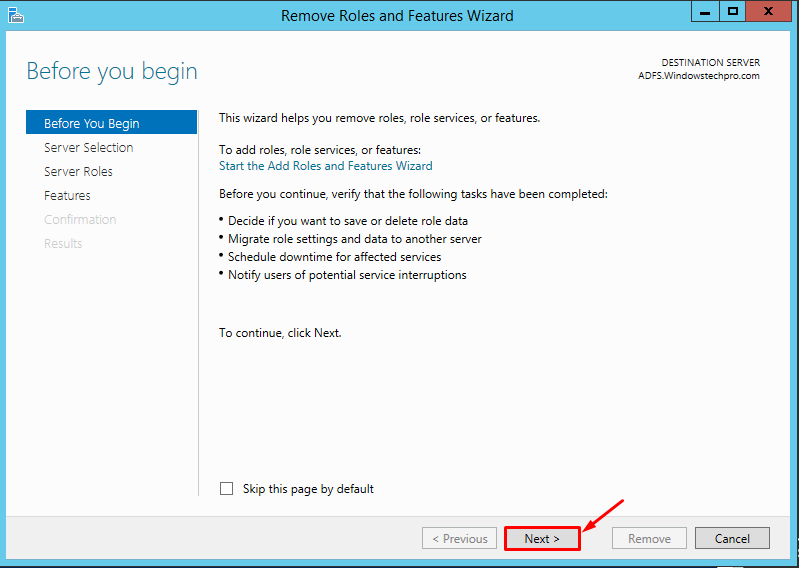 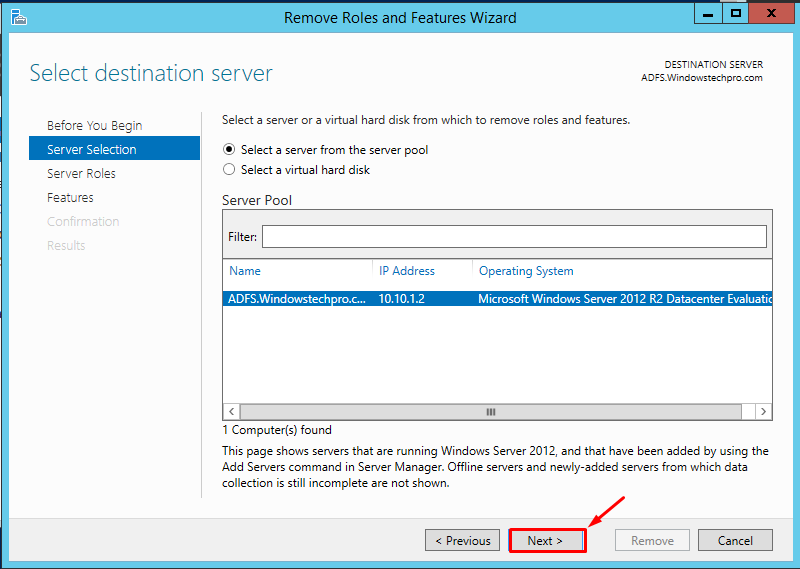 Uncheck the Active Directory Federation Services and Click on Next 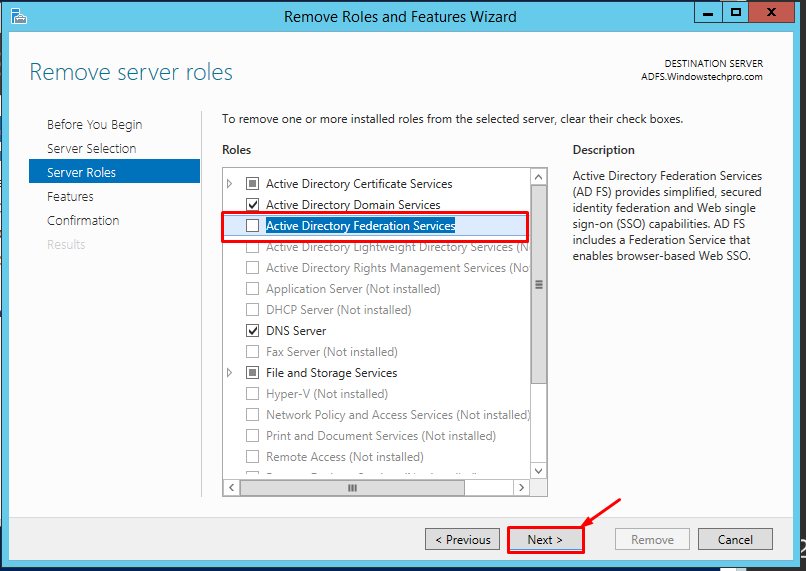 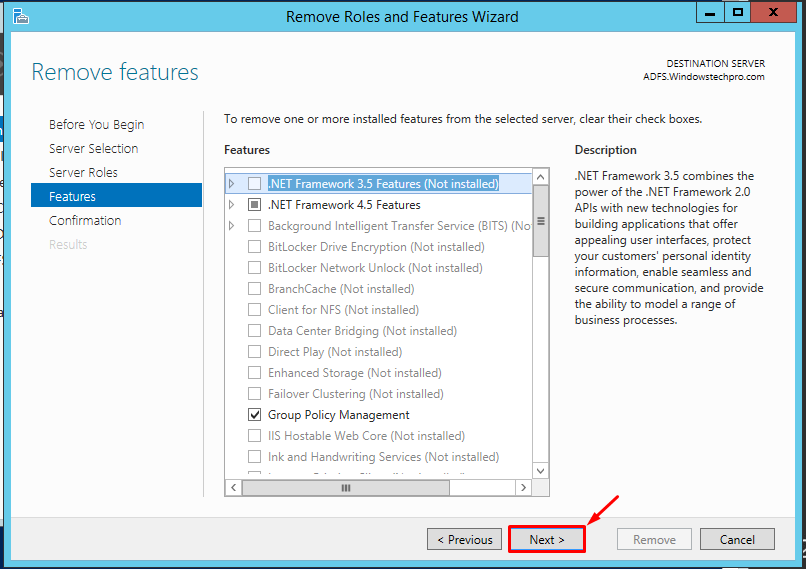 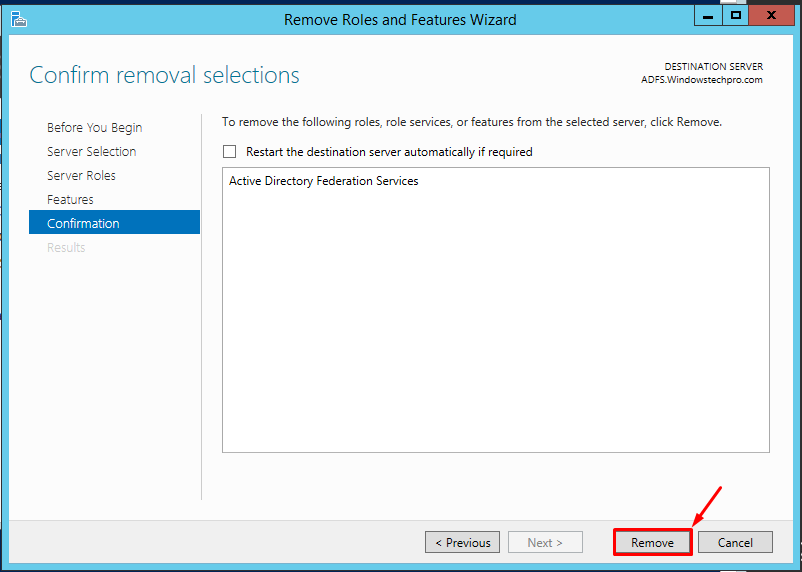 Restart the Computer and you can see that ADFS role is removed from the server. Follow the same and remove all the Server 2012 ADFS Nodes from the Farm post you added Server 2016 nodes in the farm and all are working as expected.

If you run the below command again on Server 2016, You still see that the farm is running on FBL 1

Note: Don’t run this command if you have any Server 2012 Nodes in ADFS or ADFSProxy(WAP) farms.

Okay.. The upgradation has been completed successfully.

Run the below command to see current FBL Status 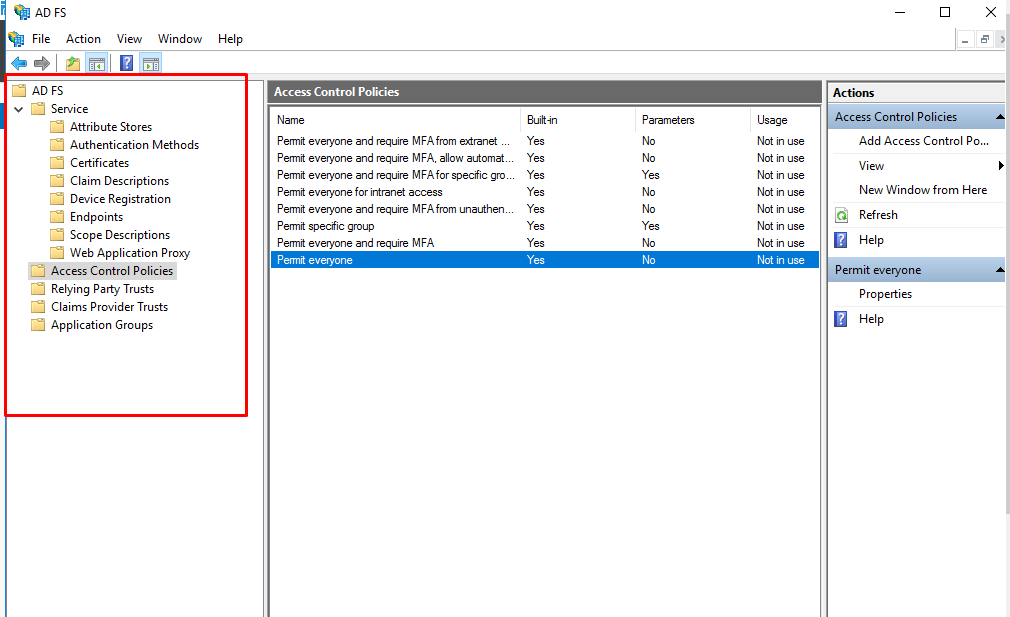 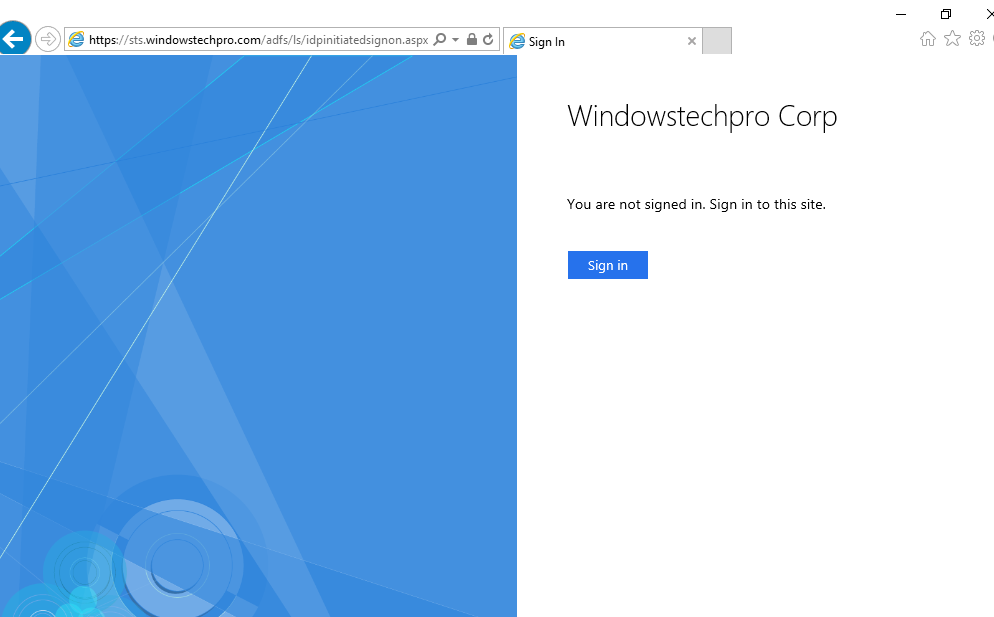 You can see sign in successful and all ADFS 2016 servers are healthy and working fine as expected. 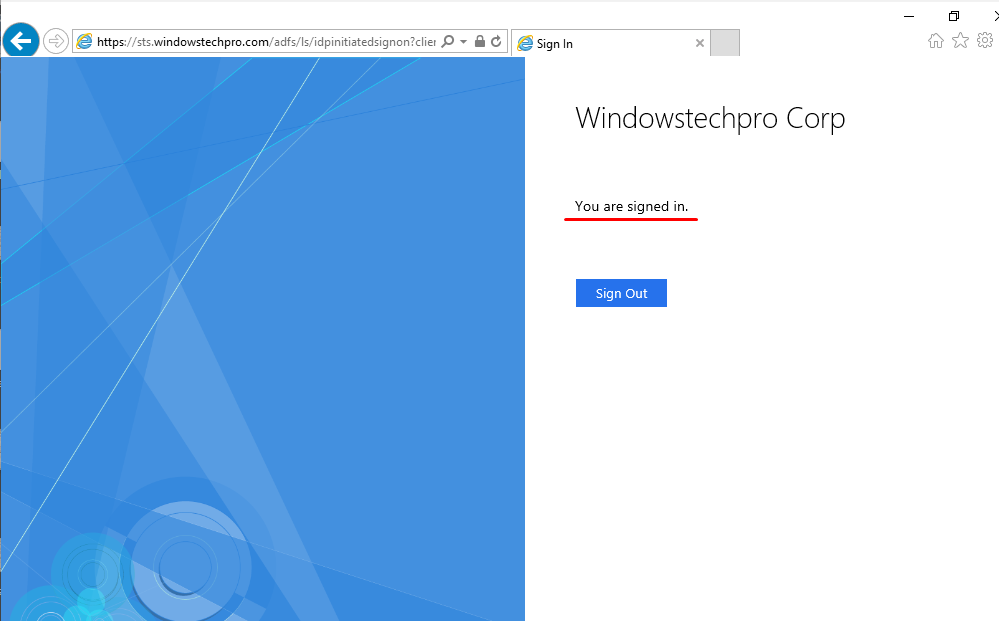 I have seen other fellow folks are asking for adprep for Forest and domain. Ideally it is not required but yes we can do it so that you will get all the new values added to the forest for Server 2016 ADFS Features.